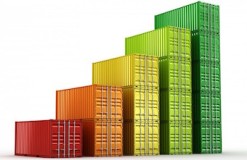 What is a Container?

A Container Image is a lightweight, stand-alone, executable package of a piece of software that includes everything needed to run it: code, runtime, system tools, system libraries, and settings.

A Container is a runtime instance of a container image; or what the container image becomes in memory when actually executed. It runs completely isolated from the host environment by default, only accessing host files and ports if configured to do so.

As shown in the following diagram, unlike Virtual Machines, containers do not bundle a full operating system – only libraries and settings required to make the software work are needed. 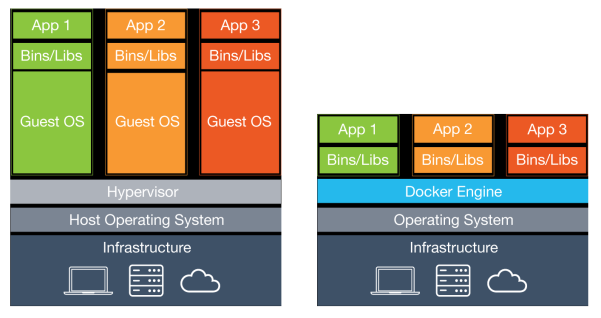 Multiple containers can run on the same machine and share the OS kernel with other containers, each running as isolated processes in user space. This makes for efficient, lightweight, self-contained systems and guarantees that software will always run the same, regardless of where it’s deployed.

A Brief History of Containers:

What is Container Registry? 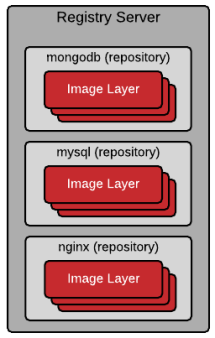 What is Container Orchestration?

Container orchestration is what is needed to transition from deploying containers individually on a single host, to deploying complex multi-container apps on many machines. It requires a distributed platform, independent from infrastructure, that stays online through the entire lifetime of your application, surviving hardware failure and software updates.

Following are some of the main Container Orchestration Tools –

One thought on “Basics of Containers, Docker, and Container Orchestration”